We are proud of you! 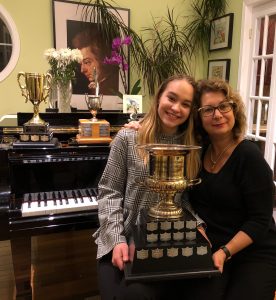 Maja MacNeil Soltysiak with the W. Ross MacDonald Trophy and others awarded at the Brantford Kiwanis Music Festival 2018.